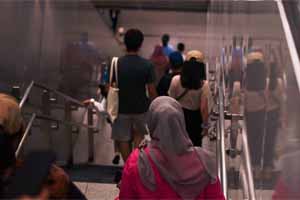 The Overnight Policy Rate (OPR) has a direct impact on a bank’s Base Rate (BR) and Base Lending Rate (BLR) as well as the Standardised Base Rate (SBR), where the BR, BLR and SBR normally drops or raises in parallel to an OPR cut/hike. OPR reduction, it will benefit RUMAWIP buyers to get a home loan product with reduced starting interest rate. This is because lowering the OPR lowers the effective lending rate (ELR) of current house loans with variable or floating rates. Existing borrowers, in other words, will gain from either reduced monthly instalments or a loan with a shorter repayment period (if the old monthly instalment sum is maintained). Even though banks are compelled by law to reduce variable home loan monthly payments, they will still provide customers the opportunity to shorten their term. Fixed rate mortgage package will notice no changes in their monthly instalment payments (AIA offers this but they have never empanel any RUMAWIP project & other banks who does offer this package as limited time promotion only)

Lately BNM have raised the OPR multiple times, banks’ interest rates will be revised upward proportionately and thereby making it costlier for individuals to obtain a loan for RUMAWIP.  Higher OPR will increase your monthly payments. Whenever the OPR goes up, banks will pass on the increased borrowing cost in the form of a higher interest rate to customers, which in turn raises the amount of your monthly instalment payments. A 0.25% rise in OPR for an RM300,000 RUMAWIP loan with a 30-year term will likely result in an RM42.6 increase in monthly instalment payment. This means that the borrower will have to pay an additional RM15,336 in interest payments over the course of the 30-year period.

Loan duration will rise if the monthly payment amount is maintained. If the former monthly payment amount is kept, the payback time will be extended because of the rise in interest rate. For example, if you had an RM300,000 35-year house loan with a 4% interest rate, your monthly instalment will be RM1328.32. If you opt to retain the monthly instalment amount at RM1328.32, the payback duration of your home loan would rise when the OPR is increased by 0.25% and the bank’s interest rate may increased to 4.35%.

Given the recent several OPR rises, banks are expected to raise their Standardised Base Rate (SBR), Based Lending Rate (BLR), and Base Rate (BR)

Once the new SBR structure is implemented, all banks will utilise a single rate – the SBR. As the SBR would be the same for each bank, it will be easier for consumers to evaluate the numerous loan packages offered by banks.

Aside from the SBR, BR, and BLR, the spread charged by the bank is as crucial. This spread represents the bank’s profit margin. The spread, as it is known among banks, is always set.
Take BR as an example, by adding the BR with the individual bank’s spread (profit margin), you will get the effective lending rate (ELR). For iexample : 4% (BR) + 1% (Spread) = 5% (Effective Lending Rate)

The Base Rate (BR) replaced the Base Lending Rate on January 2, 2015. (BLR). This adjustment was made for various reasons – The BLR lacks transparency, which makes it difficult for customers to make a well-informed choice. In comparison, the BR system requires banks to reveal their profit margin (spread rate), while also fostering healthy competition among banks. Ultimately, it benefits customers since banks will now have to set their BR depending on their particular efficiency.

Debt Service Ratio must not exceed 60% for My First Home Scheme (100+10% Home Financing). With the currecnt increases of OPR, many RUMAWIP applicants may not be able to qualify for this scheme which is chosen by the mojority RUMAWIP applicants. In the year 2023, there will be a greater demand and supply of RUMAWIP (known as Residensi Wilayah Keluarga Malaysia) and proper planning is advise in order for you to successfully buy your first home. Do WhatsApp  us for pre loan checking as we can advise you on your options in applying the RUMAWIP housing.